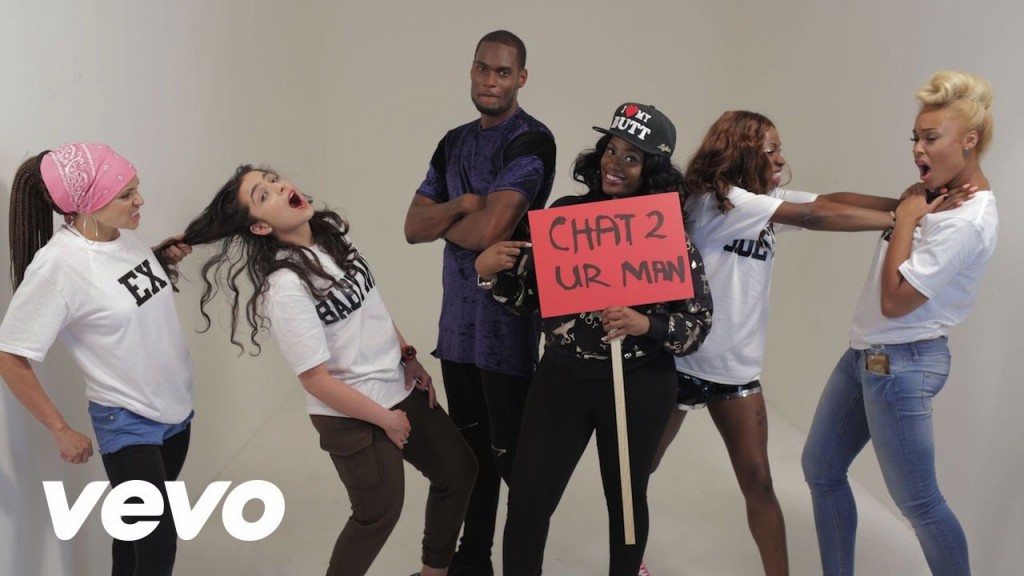 Camden is always a fun place to venture, as it is full of quirky hidden treasures, so I was not surprised this is the venue where I was meeting with Lady Lykez.  An artist who is not ashamed to be one hundred percent honest and tackle issues such as body image with songs like ‘I love my butt’. Her latest track ‘Chat To Your Man’ has me going to Camden Lock 17 to speak to her about the upcoming clash with Sox, relationships and Lykezable Jewellery.

Now often females are criticised for not sticking together but Lady Lykes is trying to bridge this gap when she urges females in her new track to stick together. If you have a cheating man then speak to him not the other girl. I would like to think that this would make her a great role model, however, she is ‘not trying to be a role model’ she just likes to help promote positive images where she can. Especially in an industry where she believes they put more emphasis on female styling than male styling, she thinks they like ‘girls to have an image’. Her image, however, has not stopped her male fan base from growing and since she challenged artists in her track ‘Nobody can’ she would still ‘battle anyone if there’s a point to it.

Leaving the interview I felt empowered on my way home and refreshed that there are some people trying to encourage girls to live the dream. The other message showing females can challenge men in the same field and do just as well like in her battle with Sox. Now I have heard some of the material that she was planning on using and if I was Sox I would be scared.